Swire Pacific is a Hong Kong-listed international conglomerate with a diversified portfolio of market leading businesses. The company has a long history in Greater China, where the name Swire or Taikoo (太古) has been established for over 150 years. Sustainable development has always been a core principle for the Group. We invest in sustainable development because it is the right thing to do, and because it supports the creation of long-term shareholder value through innovation and improved efficiency. Our strategy, SwireTHRIVE, covers five priority areas: Climate, Waste, Water, People and Communities.

Our sustainability goals for 2022:

UN SDG goals that we align with: 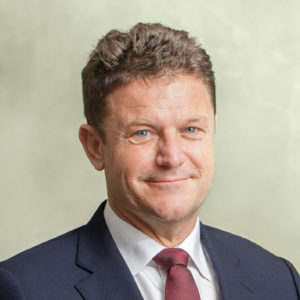 Mr Healy has been with the Swire Group for more than 30 years. He joined John Swire & Sons in 1988 as a management trainee. After six years with the Group’s Industries Division in Hong Kong and Germany, he transferred to the Beverages Division in 1994, where he worked in various roles across the Group’s Mainland China Coca-Cola bottling operations in Beijing, Nanjing, Xian and Xiamen until 2012. He was General Manager of the Shaanxi bottler from 2001-2005 and General Manager of the Fujian bottler from 2005-2008. In July 2008 he was appointed CEO, HAECO Xiamen. Mr Healy returned to Hong Kong in 2012 to take up the role of Managing Director, Swire Coca-Cola. He became Chairman of Swire Coca-Cola and Cathay Pacific on 1st October and 6th November 2019 respectively.

Mr Healy was born in 1965 and graduated in 1988 from St. John’s College, Cambridge University, with a Bachelor’s Degree in Modern Languages. He is married with three children.

My Sustainability Goals for 2022:

Driving the rollout of the revised group sustainability strategy SwireTHRIVE and associated targets.

Where We Are, Where We're Headed: The New Ambition Powering Hong Kong's Conglomerates At Swire Mark is responsible for the Group’s ESG disclosure and TCFD reporting as well as guiding the development of Group strategy on Climate, and Waste. He sits on the Board and Executive Committees of a number of NGO’s including Business Environment Council, Drink Without Waste and HeroesToo.

My Sustainability Goals for 2022:

A Paradigm Shift: The Role of Policy and Multi-Stakeholder Solutions in Our Circular Economy Transition Preparing for the Next Threat: The Business Case for Investing in Climate Adaptation and Resilience

Putting Climate Change at the Heart of Education